The photos are mainly from the first 75 years of St Helen's Parish - Donald Wachtel
St. Helen's Parish was established in 1897.
The permanent church was completed in November 1898. 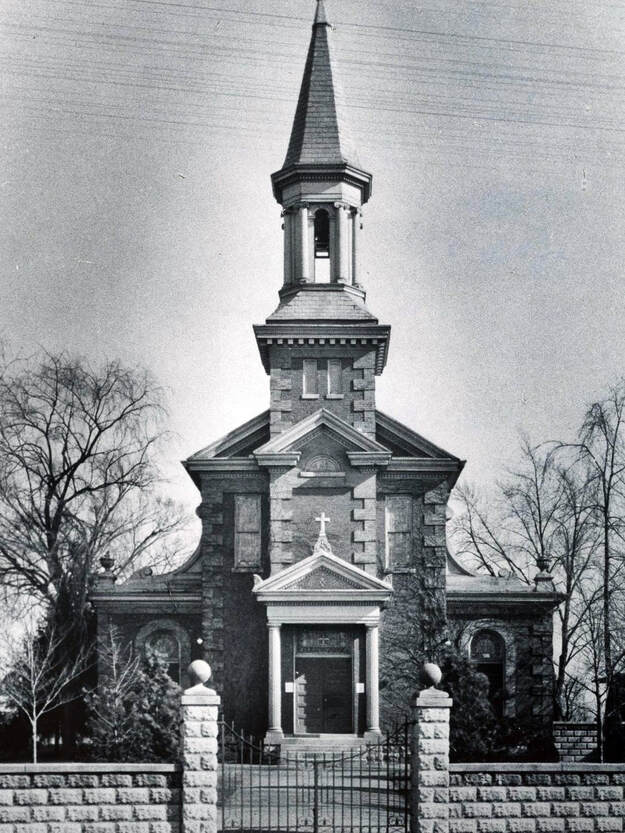 The original Church was enlarged with a new facade and 2 bell towers in 1938. 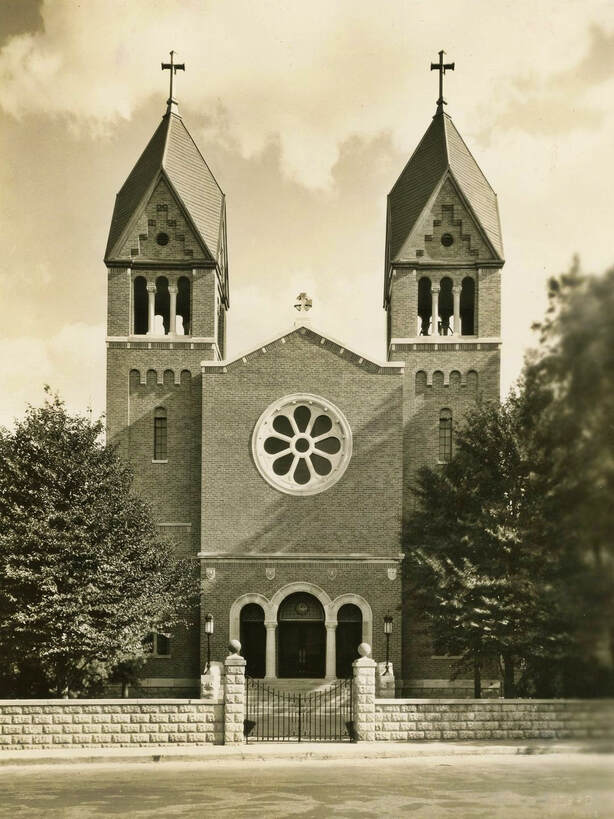 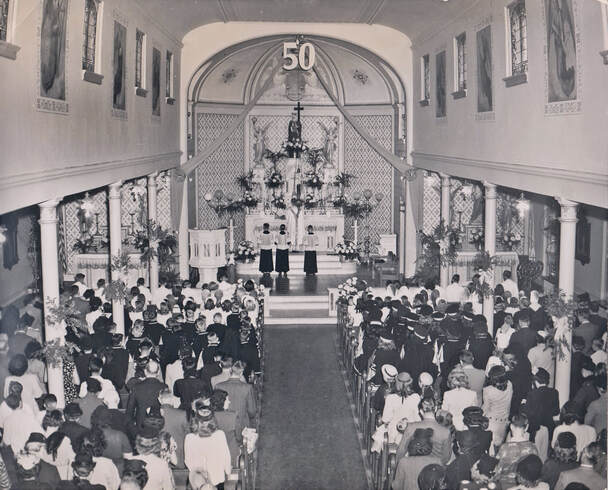 May 27, 1963
The 1960s were the beginnings of a terrible time for the entire Catholic Faith.
St Helens church was demolished because a larger church was needed. ???
In 2009, Saint Denis, Saint Basil and Saint Matthias were merged into St Helens
because of a decline of parishioners. St Helens was renamed Mary, Queen of Peace. 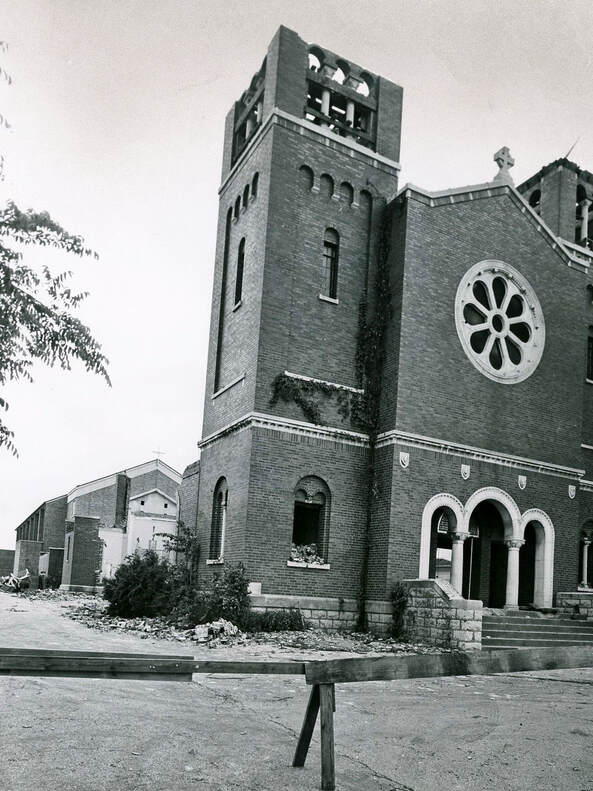